As I previously mentioned, whilst the hustle and bustle of Japan is something to admire and be in awe at, Ms Buddha and I tend to also enjoy an “escape” where we can see something a little different about the locations we visit; one of those things that we enjoy doing is exploring the various temples within each town.

After visiting the OPAM and have a quick lunch at Yoshinotorimeshihozonkai, we were ready to explore more and headed towards the tranquil town of Usuki in the Oita Prefecture of Japan.

The main attraction here is the Usuki Stone Buddhas, which has been dated back to the 12th Century, the reasons why they were carved is still unknown, but because of the history, they have been ranked as National Treasures and the first Stone Buddhas to have ever been given that status.

When we first arrived there, we were met with an odd middle-aged man who was trying his hardest to sell us a package ticket for both the visit to the Stone Buddha and also the Usuki Museum; normally the price would’ve been about 1200 yen (to visit both places), but the package was about 700 yen, and since that he spent about 10mins describing what was on offer in pretty amazing English, we decided to go with the package, we did spot another group of tourist who brushed him off quite rudely though.

When we got to the ticket booth, we showed our tickets and it worked (thank goodness!) and were offered the option to take a walking stick, given my experience of Kumano Magaibutsu, Oita – Roam – Experience, I thought that it was a good idea to be safe rather than sorry, so I took one. 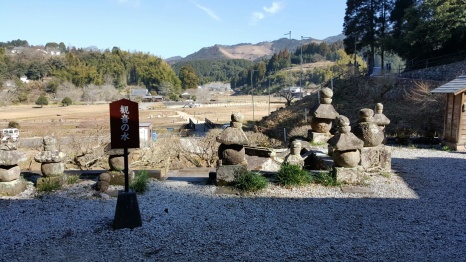 The Buddhas are split into 4 sections, but when we went, only 3 was available since that they were busy working on reattaching the head onto the largest Buddha they had. But none-the-less, there were still many things to see. 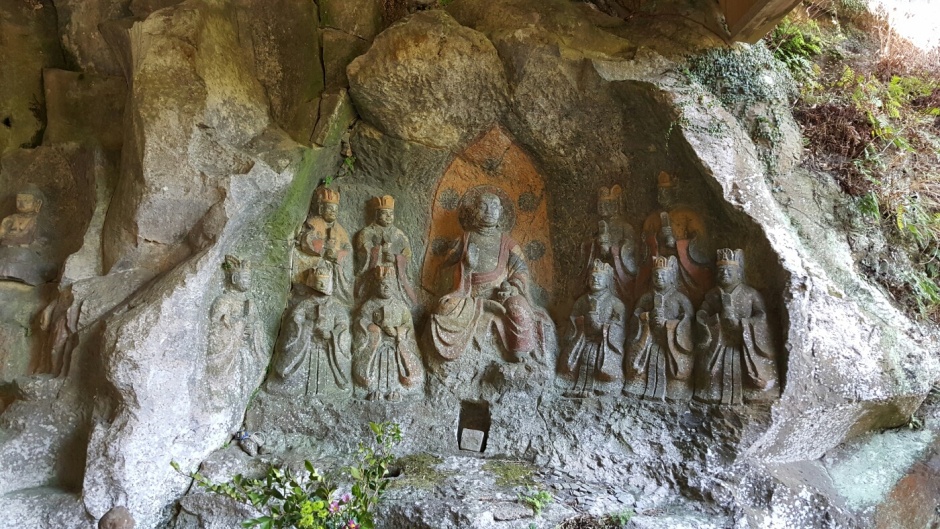 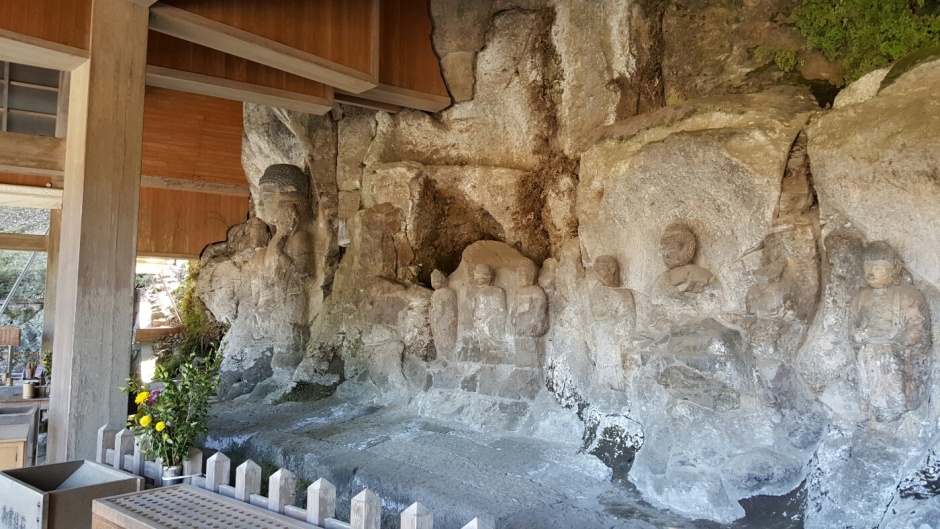 The whole track itself is not that long (about 1km all up), and there are some ups and downs, after seeing the first 2 sections, we got to a tiny set of Tori gates which I thought I was better equip for because of my walking stick!

Turns out, it wasn’t all that steep at all and Ms Buddha walked up the hill just fine, and because I had the stick, I made an extra effort to use it! (Which ended up being more of a hassle). Up the top, there was a tiny temple.

The third section was probably the second largest Buddha they have on site (because the big one was under repair, but we took our time and I had a little hit of the bowl (excellent sound) after giving a small donation. 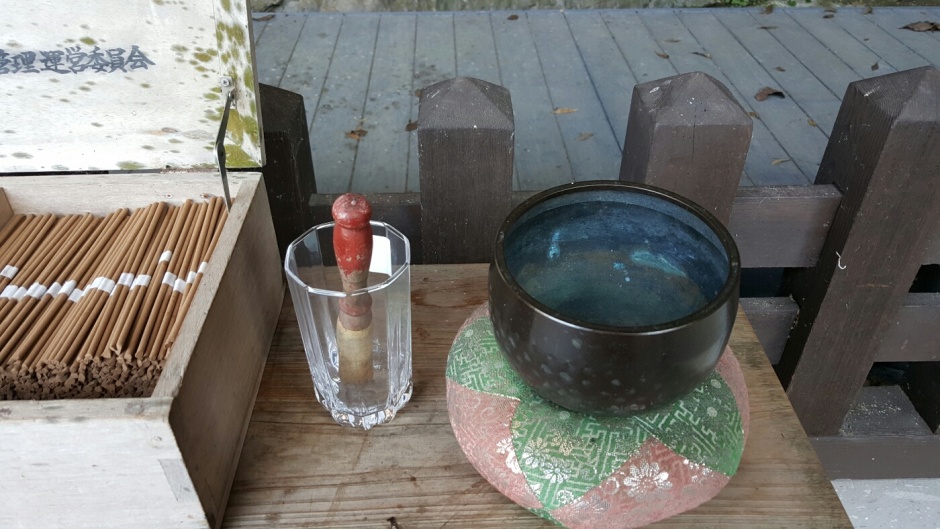 As we walked down back to the entrance, we saw a group of young men walking being what must’ve been a construction master on his way to inspect the on-going repair work, we shared bows with each other (not sure why, but thought it was polite to do so).