When traveling, one of the things that I don’t do enough of (but Ms. Buddha would want more of) is a bit of randomness, and when we were in Valencia earlier in the year, we realise we were a bit late to visit a museum bit subsequently heard music and people at what appeared to be a market – after about 30 mins of walking around the fence of the “market” – we finally found the entrance to what turned out to be a music festival!

Entrance fee was about 7 euros, and after walking for about 30 mins – we decided we might as well make the walk worthwhile. The festival itself was split into several sections including indie type shops, music areas and also most importantly food!

First off, I have to say that I’m not exactly the biggest indie music fan, but given the right situation (and Palo Market Fest was the right one) the atmosphere was actually pretty incredible – the music itself very unique and the crowd were very family friendly – loved it! 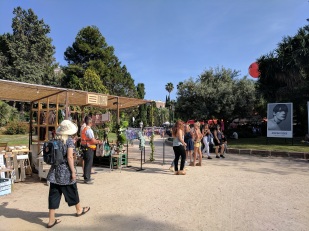 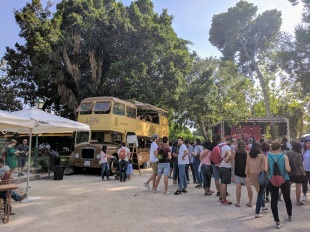 Ms. Buddha is not someone who chases big brands, but instead loves little shops making unique items that you’d otherwise not be able to get in Hong Kong – the shops at the festival were all very interest and unique, what I loved most was Ms. Buddha also managed to get a couple of dresses and shoes (she doesn’t treat herself enough). 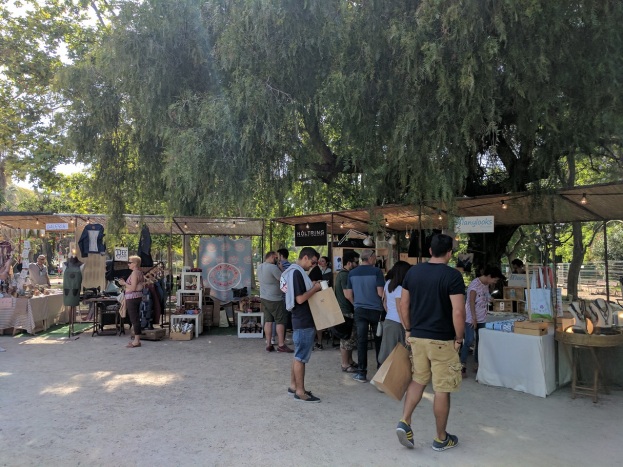 As with most festivals nowadays – with music comes good drinks and good food, and there were a LOT of stores that sold different types of food (and of course some Asian ones) – unlike Hong Kong where the concept of “food trucks” is only for established vendors and run in a scheme where the “vibe” never existed – the food trucks here were all very interesting – these were just some of the options available. 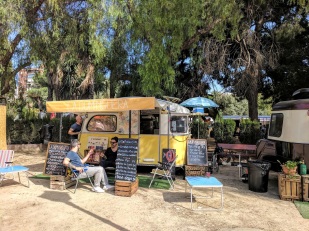