If there is one thing that Ms. Buddha normally needs to put up with living with me, is the fact that I tend to like trying out minor novelties when traveling. Ms. Buddha’s folks were visiting us in Asia so we decided to go to Japan (again!) with them – given that we were meeting them in Fukuoka and I redeemed tickets from Hong Kong to Osaka, it meant that we had one overnight stop in Kansai Airport before flying domestic to Fukuka – so what better thing to do than split up from your wife and stay at the newly opened airport capsule hotel First Cabin.

The hotel itself is actually located in the building opposite the main Kansai terminal, it was just a short walk over and pretty easy with luggage, the entrance is at the end of a long hallway. 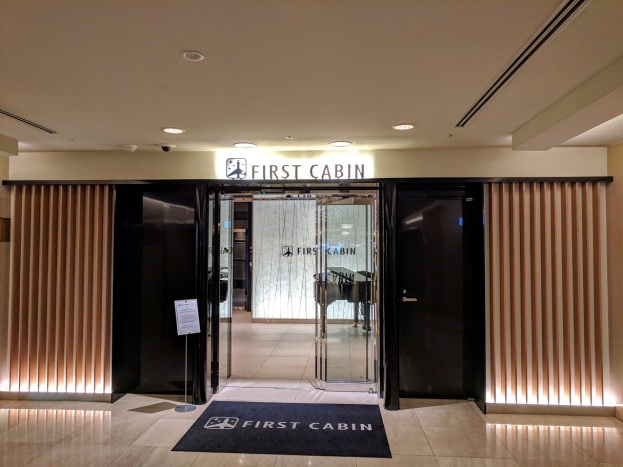 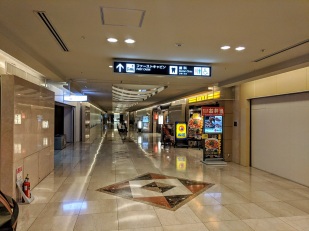 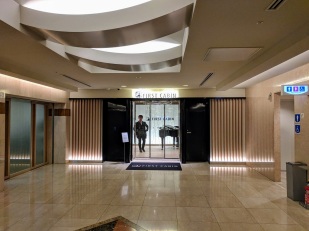 In terms of check-in, the process is very smooth and the staff speaks really good English, for details that are a little more complicated, there’s instruction booklets – do note that there’s a male section and a female section – we got our keys and split up – from the mini lobby, it leads you to storage areas for suitcases – make sure you ask for the lock (no additional charges) 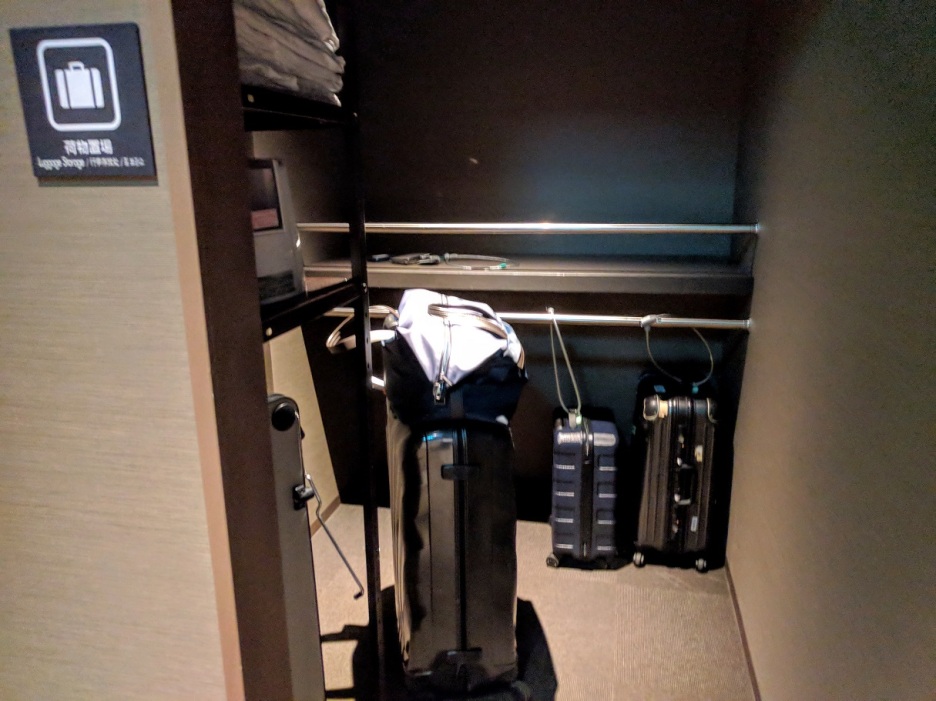 To get to the room, you effectively just follow the numbers and find it, there’re “business class” rooms which are smaller, and “first class” rooms which are slightly bigger with a small area to put your carry-on bags. Keep in mind that the doors act more like shutters and there’s a gap – Japan is a country where they respect others’ property and privacy – so thefts don’t really happen.

The room itself was actually very comfortable and big for just one person to stay the night (we went for first class) – there’s a TV and also outlets for you to plug your headphones – this is required so you don’t disturb other guests. 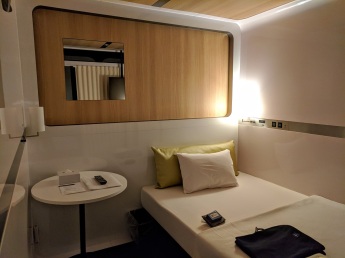 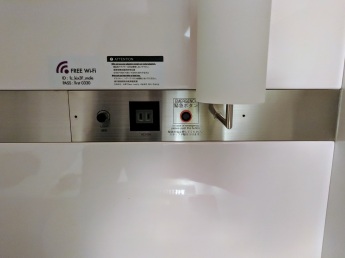 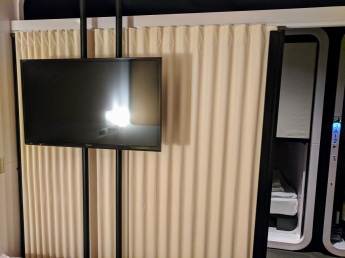 Along with the room rate comes a set of nightwear and towels for the bath/showers – overall these were decent quality and were comfortable to sleep in.

In the interest of privacy – no photos were taken of the bathhouse, but I can say that it was very clean and very well equipped – for those not used to traditional Japanese baths, there were also showers.

Before bathing, Ms. Buddha and I decided to go for a little night time roam of Kansai airport, it was interesting in the fact that it was almost empty, although a fair amount of the stores were still opened. We went through the gasphon (capsule) toy machines – there weren’t any good ones – keeping with the theme of being frugal, we got ourselves a “dinner” and had it back at the lounge in the hotel whilst overhearing a woman being instructed on how to use a smartphone over a smartphone. For those who worry about food options at night – don’t worry, there’s a lot to choose from at Kansai. 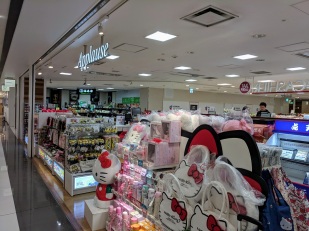 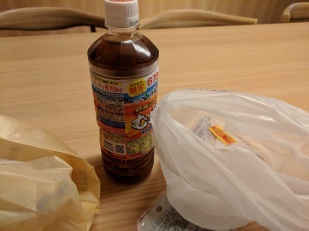 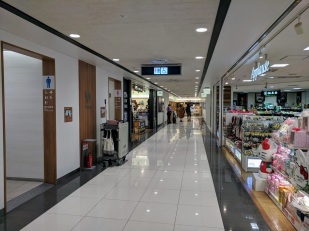 Now to the most important thing, whilst the bathhouse at First Cabin were nice and comfortable, for people who are light sleepers in general, they might find the hotel a little difficult for fall asleep in. The main reason for this is because the rooms are not sound proof and there’s always people checking in and checking out throughout the night – so you do get a fair amount of noise. Climate wise, it was a little warm than I’m used to – but I cooled down a little more after I relaxed a bit more.

For those who can sleep with headphones in ear, you should be fine – and First Cabin is definitely a cheaper alternative if you’ve got to catch a flight early the next morning (like we did). Ms. Buddha didn’t sleep well though because someone was snoring full force on her side – so I’m guessing no more capsule hotels with her!