In terms of food in Japan, one of my guilty pleasures whenever I visit is to spend some time finding the best places for Ramen, so far, my all time favourite is still 鬼金棒 (Kikanbou in Kanda); partly because I love chilli and also because the soup base has so far been the best! So it was only natural that upon arriving in Osaka for our Easter break; Ms Buddha and I went ramen hunting – I introduce Kozu.

The address is actually below and you need to look for a small alley that leads you to the shop:

The closest station is the Fukushima Station in Osaka and takes about 10mins to walk to the shop, mid-way through, you’ll reach this massive intersection:

Once we got to the store, there was a short line of people waiting already, it was relatively late already (because I ran after reaching the hotel), and I was starving and waiting outside their door. 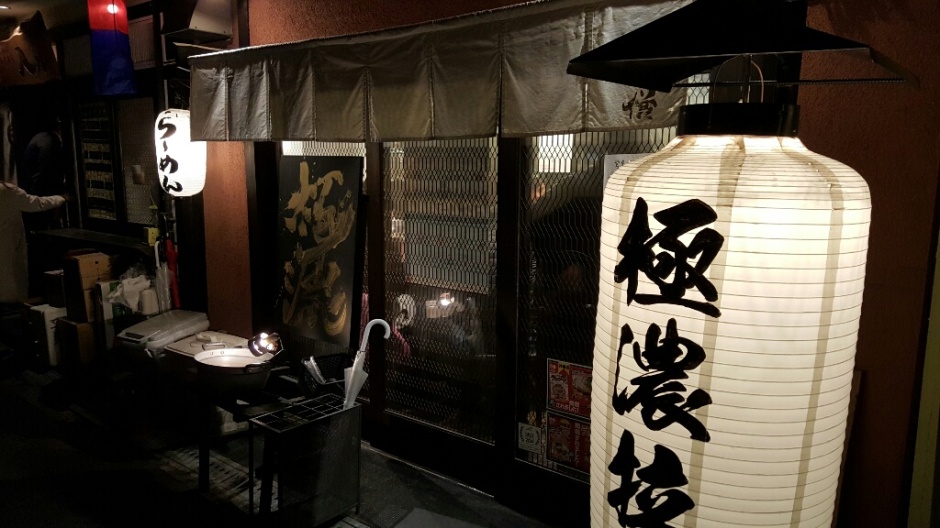 Once inside, the process is the same as many ramen stores in that you pay at the ticket machine and then hand it to the chef when you enter, after about 20mins, the large table left and we were directed to the corner table where we had full view of everything going on.

The ramen itself didn’t take long to arrive, and I was ready! My general routine (as with many people) is to take a small spoonful of the Tonkatsu soup and was impressed by how thick it was – the taste was very strong and it wasn’t the saltiness strong, but instead you could taste the fact that it was packed with the ingredients used to cook it – mainly pork bones!

The ramen itself had a springy texture and was very fulfilling given how hungry I was and how cold it was outside.

Whilst not the best ramen I’ve had, this bowl’s intensity was very suitable for the night and the staff were incredibly friendly even though they didn’t speak a word of English! Also, the egg was done just right, and I always add points for eggs done right!