I think that most people drive here because of the proximity away from most other places, but the location is very picturesque. The castle dates back to the Hokuzan kingdom which was effectively the natives – and later was attacked by both the Ryukyu Kingdom and subsequently the Japanese empire during which the castle was destroyed.

Around the remains site – there’s snippets of information (English available” explaining what the location was originally used for along with the lovely backdrop. 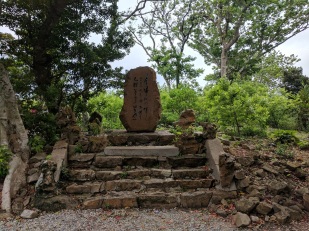 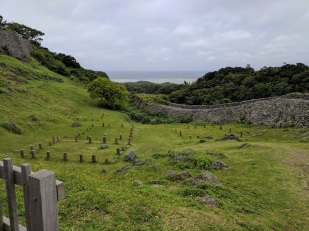 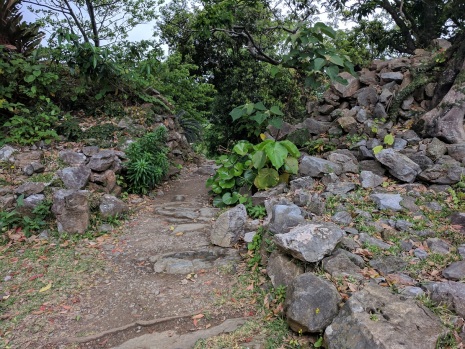 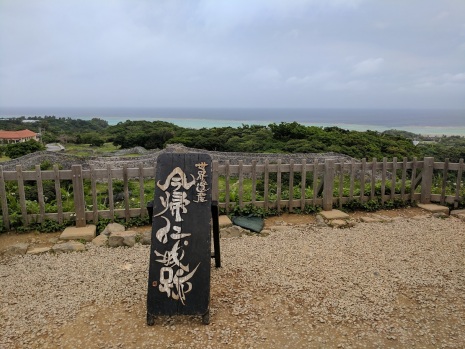 One of the sites that remained very intact is one of the Fire God temples – which also revealed a bit more about the fact that the area was also influenced by other Asian countries (Chinese were used).

Closer to the parking area is a museum that was dedicated to more the daily lives of the original people living there – no photos were allowed in the actual exhibit though.

Except! One poster that we keep seeing, it was a “Toilet Museum” which I at first didn’t get until we were about to leave, and then…

Being the curious cat that I am, when I see a curious toilet door, I will open (why haven’t I found Narnia yet!) – but I guess a toilet gallery is even better!