When it comes to food, apart from actual allergies that I won’t try, something that is quite foreign to Westerners but actually quite a normal part of the South East Asia diet is eating insects and tarantulas (more scientifically known as Entomophagy) – and one of the best restaurants in Phnom Penh to try such cuisine is Romdeng.

Before booking, I wasn’t sure whether Ms. Buddha will be opened to trying, but after hearing her “why not” – I made sure we booked this place, a fortunate thing in hindsight because it was crowded when we arrived – the place itself had a wonderful traditional decor with a hip spin to it with the artworks. 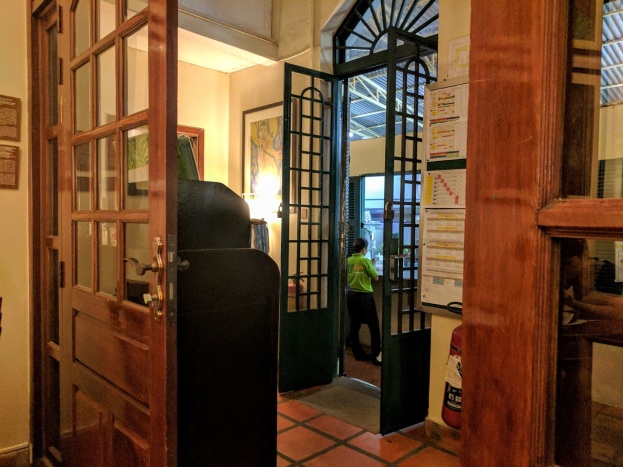 Staff were friendly in welcoming us (similar to the rest of Cambodia) – and we were presented with a fairly simple menu to inspect – in the end, we went for the Tarantulas, Khmer Platter and the Fish Amok. 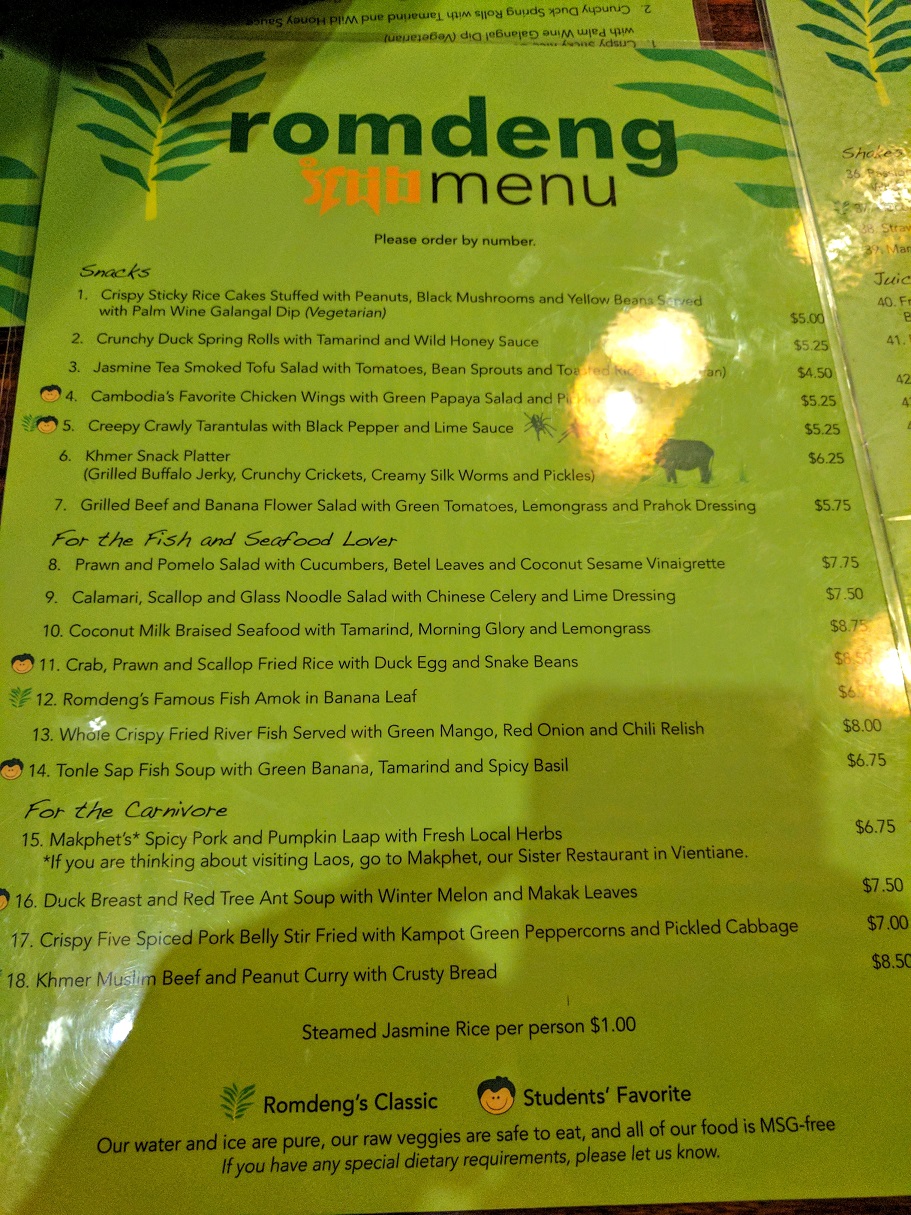 We also ordered ourselves a couple of really nice cocktails 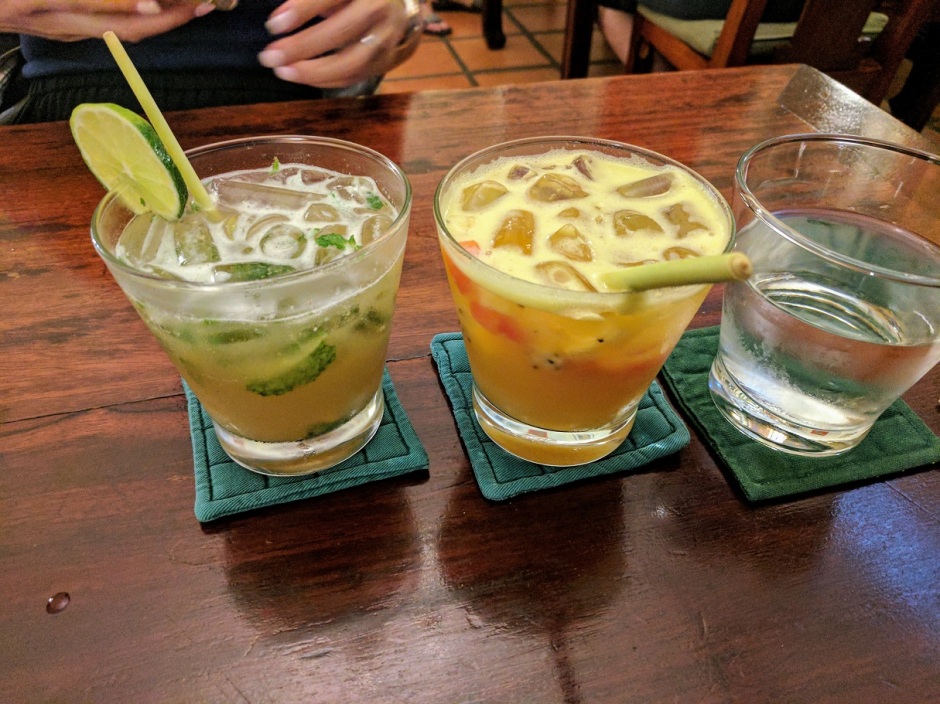 For those who have not eaten bugs before, my advice to anyone trying is that as long as you can get over the look of the food, you’re 90% home, because once you’ve tasted the food, you’ll wonder why we don’t have it more often. The dish at Romdeng was made with a Pepper and Lime sauce, and because of the natural structure of a tarantula, it taste very close to a very nicely done soft shell crab – with slightly more creaminess.

The platter available had a mixture of meats, with buffalo, crickets and silk worms – the buffalo jerky was excellent although I would’ve preferred a bit more spiciness to it. The silk worms and crickets were mixed together in the banana leaf and because of the natural diet of bugs, they then to have a more vegetarian taste to it – I preferred the silk worms over the crickets mainly because they ended up like popcorns! 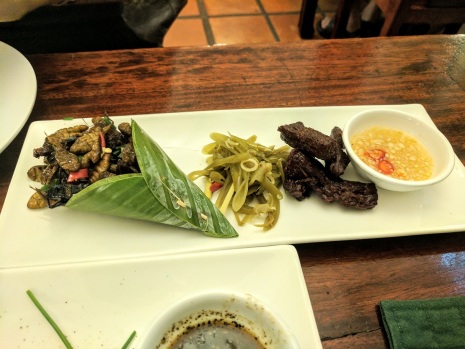 The Amok is a traditional dish in Cambodia and essentially, you’re steam cooking a curry in banana leaves. The cooking process creates a more frothy curry paste that is best mixed with rice – the version that Romdeng had was excellent, especially the quality of the fish – although taste wise, I would’ve preferred it just that tiny bit less salty.

With our bellies filled, Ms. Buddha was craving for a bit of sweets, so we decide to order a sorbet, which was a perfect compliment to the food we just had.

Oh, and don’t forget our little friend who watched me as I paid!