Ms Buddha and I set off on our long haul trip recently (apart from Sydney – which is hardly “long haul” when you compare if you compared it to a 12+ hours flight to London); which I managed to buy a ticket and also redeem a companion flight because it is just great value (Why Asia Miles companion tickets makes more sense).

Because it was a morning flight and also because I needed to pick up a Wifi Egg from WifiBB before we enter the restricted area, we arrived at the airport early so had some time to kill at the lounge. In fact we arrived so early that the gate number wasn’t available for our flight yet so we entered The Wing lounge which was the closest one straight after security checks.

Given that it was a Friday morning and also so close to the end of the year, there were many flights departing in the morning and the lounge was packed! 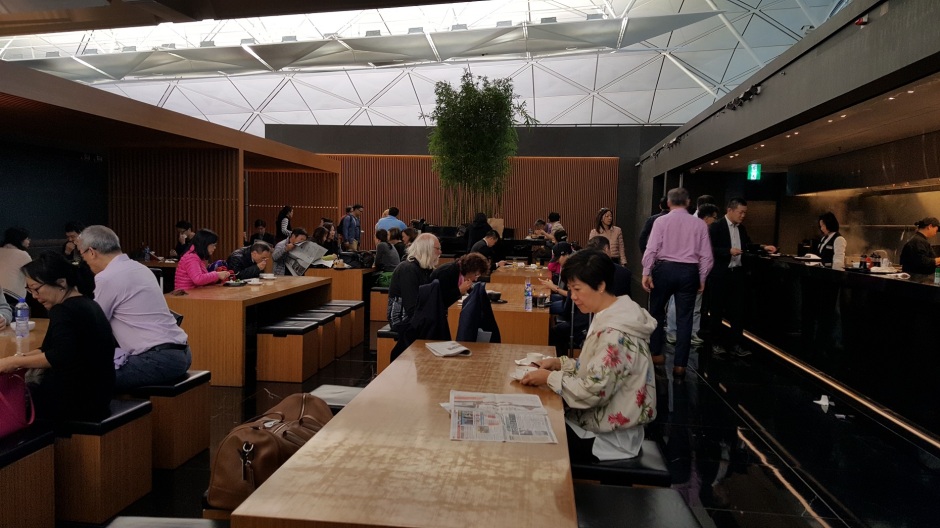 Ms Buddha loves her fruit, so she started off by picking up some fruit from the offering; I for some reason love the Siu Mai’s from the Wing lounge (probably because it is filled with fatty meat!) – but the moment Ms Buddha came back, I left to order our Dan Dan Noodles (for breakfast) and also picked up a few siu mai’s for myself.

The Siu Mai’s were terrific as usual (I have to admit I had seconds) – however the fruit looks to be the same as what you get in economy – and probably a bit too frozen for my liking.

When the Dan Dan noodles were ready, and I have to admit that the noodles from the Cathay Wing Lounge really maintains quite a decent level. It is not the best I’ve had! But it is probably better than a fair few of the self-proclaim “Sichuan” restaurants you’ll find dotted around Hong Kong. 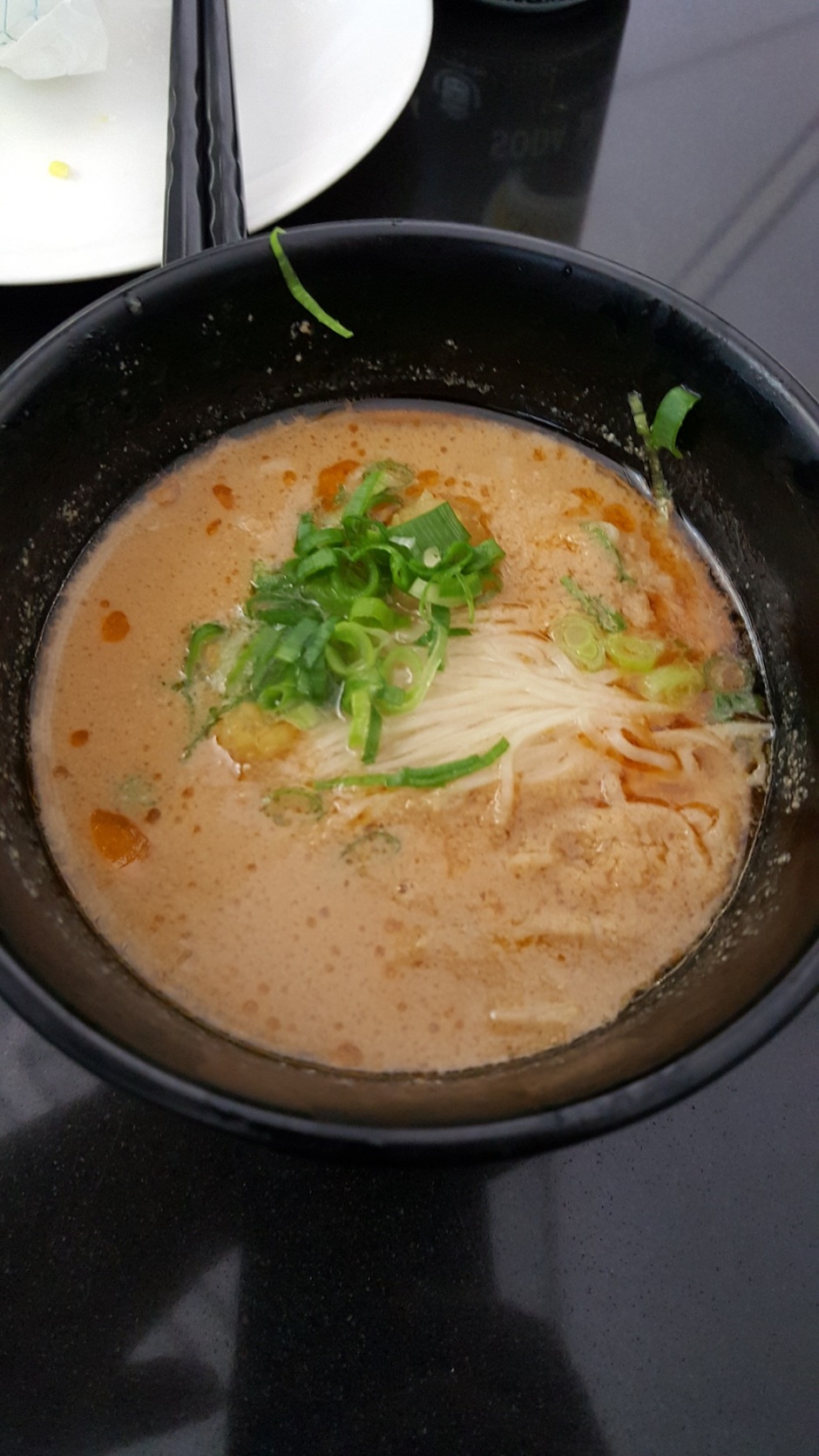 After “breakfast”, the gate number was available and Murphy’s dictates that we are never at a lounge where we’re close at. The Wing is close to the 1-5 gates, whilst we were located at gate 33. So we got our tickets stamped for lounge re-entry and then made the “short walk” (which I now deem a more comfortable method than taking the train shuttle)

The Bridge is the newest business class lounge and also the closest to Gate 33 – so we settled there for a bit of tea and coffee and I also managed to find a new model for my cover page!

All and all, the Cathay Lounges in Hong Kong are always a great way to start your trip.