As much as I love to travel around Asia, there’s one place where Ms. Buddha and I don’t visit nearly enough, and that is China. The reason is multiple folds with one of the main ones being the fact that the main city has just waaay too many people. As a result, as our first trip together to China, we decided on the second line city of Nanjing because of the history of the city.

The flight itself departs from the 500’s gates in Hong Kong, which means that you’ll have to depart from the Lounge early because there’re no lounges in the separate gate building and you have to travel there by shuttle bus – the closest Cathay lounge would probably be the Wing – you do get to look at plans up close though on the shuttle 🙂

To be honest, I think a lot of the Cathay Dragon flights depart from this remote gate – once you arrive there, prepare for a fight up the gate as all the mainlanders rush up the escalators – generally, I just stay back. The interior itself is quite nice except there’s next to nothing to amuse yourself while you wait. 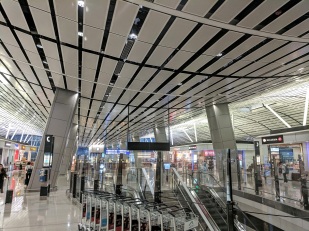 Boarding started shortly after we arrived at the gate and I have to hand it to the ground staff there that they actually stopped people from queuing at the business class lane unless they were in fact allowed.

In no time, we were seated at the very front of the plane! Legroom wise, there’s plenty given that it’s a relatively short flight, and you get a very intimate feel as it’s a pretty small plane. 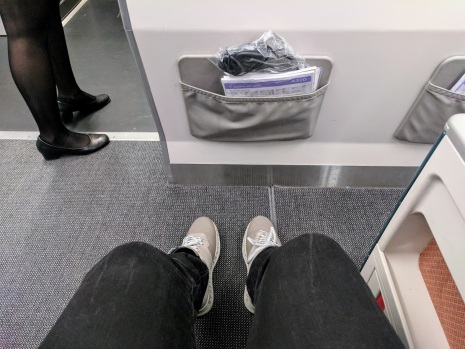 For the entertainment system, the format was new to me in the fact that there weren’t any head up screens, instead, you’re provided with an iPad which can mount onto a holder in front of you – it’s quite a novelty for me so I played around with the system for a while before reverting back to my tablet. 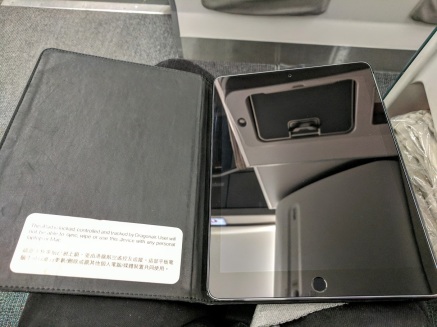 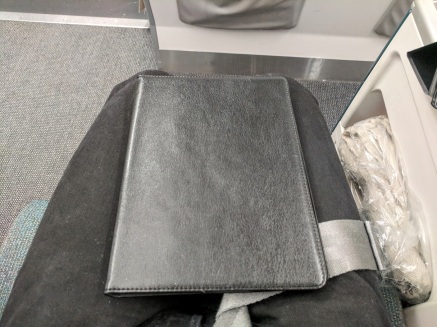 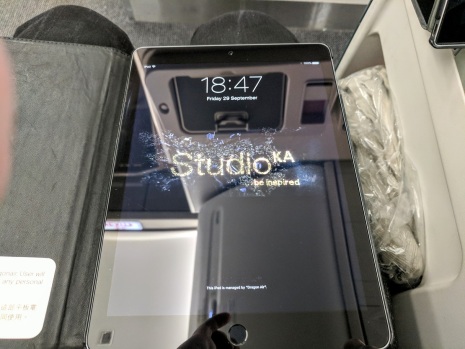 Given that the flight was just about 2.5hrs, the menu was distributed shortly after takeoff and the meal was served, both Ms. Buddha and I went for the chicken – the flavour was a little too sweet but otherwise it was quite nice – chicken could have been slightly juicier though. 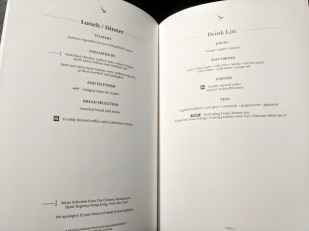 Because I had already downloaded a bunch of shows onto my tablet prior to the flight, we spent most of our time watching our tablet, which can connect also to the Cathay Dragon entertainment system – and before we noticed, we landed into Nanjing.